A Clanging Bell: A Response to the Book, Love Wins, by Rob Bell

I don’t like controversy.  I know that because of the radical grace message I teach, sometimes I do find myself in the middle of it, but honestly I really don’t like it.  You can imagine then how I felt when several people asked me if I would be willing to read Rob Bell’s controversial new book, Love Wins, and share my thoughts with them about it.  At first, I didn’t even want to touch it.  But after hearing the constant clanging of Bell by his critics and witnessing the tremendous impact and reach that this book has already achieved among his fans, I decided to take the plunge and grab a copy myself.  What follows is my response to the book, Love Wins.

To start with, let me dismiss from the beginning any claims that Bell is a Universalist.  This label has been thrown at him considerably by critics of the book, but I would have to assume that these are the same critics who still haven’t read it.  If Bell believes what he wrote, he is clearly not a Universalist.  A Universalist believes that all religions are essentially the same and that all paths lead to God.  This concept is not something that Bell promotes in the book at all.  In his defense, he clearly establishes that Jesus Christ is the only way to God.  Now, one may disagree with his liberal definitions of accepting Christ, but regardless, to brand Bell as a Universalist seems a bit harsh to me. 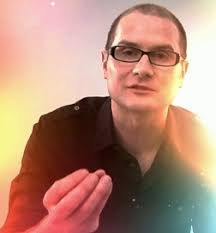 So does Bell believe in Ultimate Reconciliation?  Many have assumed based upon the title of the book that he does, but I think it’s more complicated than that.  In Love Wins, Bell almost introduces a new argument, which is neither Universalism nor Ultimate Reconciliation.  In the book, Bell introduces an idea, which I will call, an “open heaven” theology where Bell paints a picture of a heaven, much like Motel 6, that proclaims, “We’ll leave the light on for you.”  His heaven is always open, always ready to receive those that might find their way home.  Clearly stated, one might wander around hell for awhile, and then decide to choose Christ after years of torment, and like the prodigal, return home.  With that being said, his perspective also implies an open hell, where one can come and go as he pleases – it’s his choice.

I agree this picture is quite beautiful and enticing, but is it biblical?  Bell enthusiastically touts in the Book, that he will show us “every single verse in the Bible in which we find the actual word hell.”  Though a far cry from a concordance listing, Bell does do a fair job summarizing the references of the word “hell” in scripture.  He also goes a step further and discusses several biblical words/passages that describe punishment and judgment, presenting alternate understandings of these words/passages which further strengthen his argument.  What Bell seemed to shy away from though was the book of Revelation.  In my reading, I wasn’t able to find a single explanation in Love Wins for passages such as, Revelation 20:14-15, “Then death and Hades were thrown into the lake of fire.  The lake of fire is the second death.  If anyone’s name was not found written in the book of life, he was thrown into the lake of fire.”  This seems fairly straight forward to me.  Some fail to receive their inheritance in Christ.  For this we should all weep.  So how does Bell handle the finality of hell in such passages?  I don’t know, because he didn’t address it.  The closest he comes to it is on pages 91 and 92, where he shows differing uses for the Greek words “aion of kolazo” and the Hebrew word, “Olam”; both phrases which carry the implication of “forever” or “eternal punishment”.  From there, Bell closes the chapter by proposing that perhaps hell is only a period of time for some people.  That maybe forever according to Jesus, doesn’t really mean forever.

So what do I think about all of this?  To start with, I think that the book is reactive theology.  Love Wins seems to be Bell’s response to countless personal experiences and frustrations with how salvation has been presented, how heaven has been talked about, and how hell has been thrown in people’s faces.   And I agree.  Religion has gotten it wrong.  The “turn or burn” theology of some has caused countless people to never want a thing to do with Jesus.  As Paul wrote, “God’s name is blasphemed among the Gentiles because of you.”  To continue, Bell also shows his frustration towards Christians who seem to get excited that people are going to hell and I would again concur with his frustration.  This is not the time to cheer the destruction of the wicked, but rather it is time to proclaim the love of our God -as Paul also stated that “God’s kindness leads you toward repentance.”  And in 1 Timothy 2:4, Paul also reveals to us that God “wants all men to be saved and come to a knowledge of the truth.”  This should be our mantra, not the ignorant shouts of “turn or burn”.  Bell is right on in addressing this.

Partially, I think the controversy of the book, is more about Bell’s presentation as a critic and a teacher than his theology as a pastor, though it might be correct to call both into question.  As a critic, Bell is a deconstructionist.  As a teacher, he is a whimsical romantic.  As a critic, he takes a wrecking ball to every belief with the assumption that what is true will be left standing.  As a teacher, he is a painter, filling our thoughts with his warm brush strokes and vibrant colors, allowing his audience to interpret what they see for themselves.  This style satisfies some and infuriates others, and it is quite possible that both groups misunderstood what Bell was saying.

From a theological standpoint, my biggest concern is what we are leading people to believe.  I’m personally not worried about Bell.  I think overall he is fairly grounded.  My concern is for those who read the book and come away with the conclusion that there is no hell.  This belief stems from the continued erosion of personal responsibility.  The thought is that God’s love is greater than my lack of faith or belief in him.  And in time, his love will win me over.  Again this sounds good and seems to jive with 2 Timothy 2:13, “If we are faithless, he will remain faithful”, but it fails to not only consider personal responsibility, that is that the gospel is “by grace through faith”, but also fails to understand the true nature of love.  “Through faith” means that I have a choice in the matter; that my belief or acceptance of God’s love is what determines whether or not I will receive my inheritance.  Salvation is for all, but not all are saved.  This is the reality of the gospel.

Regarding love, I would like to point out that love, by nature gives freedom.  The love of the Ultimate Reconcilist is a love that gives no choice.  It’s forceful; domineering.  True love always gives a choice; always allows one to say no.  The doctrine of inclusion gives no choice – you’re coming to heaven whether you like it or not.  This love is little different than a man who drugs a woman in order to take her home with him.  It’s a distortion of love, not the real thing.  And if this is God’s kind of love, then why hasn’t love won over this world.  Why are we still fighting wars?  Why are babies still dying?  God’s love always generously gives us the freedom to choose, even if at times the choice we make is wrong.

In conclusion, let me say that I agree with Bell that “the good news is better than that”.  Isaiah 54:9-10 says, “To me this is like the days of Noah, when I swore that the waters of Noah would never again cover the earth.  So now I have sworn not to be angry with you, never to rebuke you again.”  And in Hebrews 8:12 we are told that God “will forgive their wickedness and will remember their sins no more.”  The New Covenant is the best news that most of the world has never heard.  There is peace with God.  There is forgiveness of sins.  There is life abundant.  There is eternal life.   There is no more condemnation.  There is love and it certainly does win.  And this love is so great and so good, that it respects us enough to give us a choice.  My prayer for you is that this love might win in your life.

To listen to podcasts from Lucas Miles, visit www.oasnet.org

For more on The Error of Ultimate Reconciliation, make sure and check out this discussion between Dr Jim Richards and Allen Speegle at http://impact.rbm.tv/ .

This site uses Akismet to reduce spam. Learn how your comment data is processed.